Mussoorie Heritage Centre is housed in a historical building dating back to the 1830’s. Around mid 19th century, it was bought by the legendary Frederick Wilson also known as the Raja of Harsil. He on his death in 1883 bequeathed it to his wife Sangrami who lived and died in this house. One of the oldest Families of Mussoorie since 1928, who began as Departmental store owners during World War II had one of the stores at the Parade Point House. 1950’s saw the transition into an Antique store, which housed Artifacts from the British, Anglo Indian, Indian Royals etc of the region. Read More 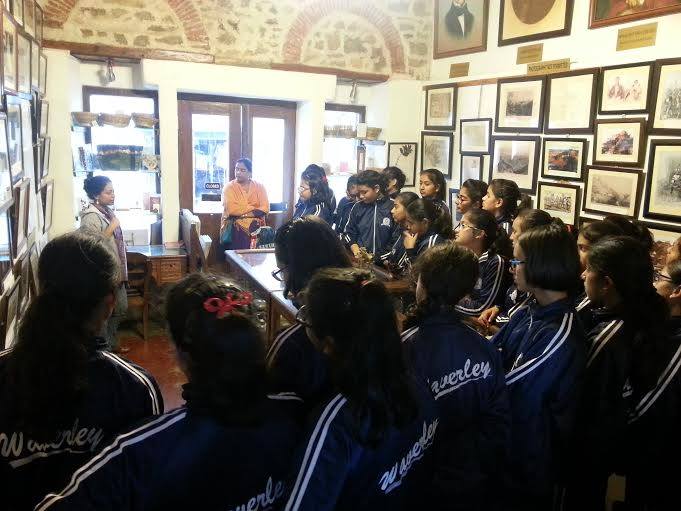 One of the primary objectives of Mussoorie Heritage Centre has been to create a database of the History, Anthropology, Ethnology, Biodiversity, etc of the Mussoorie region, primarily for future researchers and history enthusiasts. .
Read More

Heritage walks are the ideal way of discovering the history and culture of any town. The history of Mussoorie, the Queen of Hills, dates back to 1814 when the first map was compiled by the Survey of India. .
Read More

Mussoorie has a wealth of history. Much of it is contained in people’s memories etc. The Mussoorie Memory Bank is a project which seeks to document some of these oral histories by talking to different people.
Read More

MHC exhibits the History of Mussoorie from 1814 – 1959, chronolised, with some of the major events as per space permitting, permanently.

For the History buffs who have often wondered about the history of their ancestors, we provide Genealogy Help. You can trace your ancestor’s unique history, their time spent in Mussoorie and Landour, the place of birth, education, marriage, burial, etc.
Read More

Mussoorie Heritage Centre organizes various Events which are aimed at discussing and nurturing the Historical material of the Mussoorie region. The exchange of facts, material etc with Experts from around .
Read More

The Landour Lecture Series was born in August 2012 and was the brainchild of a group of Landour Language Students. Seeing the diverse cultural backgrounds of students around, and the rich Landour Community, the group decided .
Read More

What Our Clients Say

Great place to know the history of the place.Good collection of souvenirs as well
PavanBangalore
This is a must visit place for someone looking to discover the real Mussoorie. Surbhi is an amazing host. Wish you guys all the success
Punnet MedhMumbai
Such a delight.First authentic shopping and local history experience in Uttarakhand. Great Work
Gare SmithSanta Monica, USA
Very well crafted place, with immense focus on detailing and showcasing the History and stories behind making of Modern Mussoorie. Highly Recommended Ceers!!!
Kush SharmaMumbai
Wonderful shop and helpful to discuss the 50's when my parents stayed here and attended the Language School.
Stephen ParkinsonEngland
Previous
Next
error: Content is protected !!